Continually trading since 1901 Allsopps are proud to provide a solution to all your finishing requirements whether it be PUR, PERFECT, BURST, THREAD, Singer Sewn or Casebound .FF Allsopp & Co Ltd
General information
Allsopps was formed a little over 100 years ago by Mr Frederick Farrant Allsopp and commenced trading as stationers in the centre of Nottingham.

By 1904 the company had expanded to a thriving business and consequently took much larger premises to accommodate its move into bookbinding and stationary manufacture. However, by 1910 all was not well, and so Mr Allsopp sold his business to Sisson & Par...ker of Nottingham, his largest client, who at the time were the leading retailer of books and educational stationery in the area. And so it remained until 1978 when Sisson & Parker were purchased by a book retailing plc.

Allsopps had not stood still during this time and were now a major national player in the print finishing, bookbinding and stationery manufacturing trades. Allsopps had also invested heavily in perfect binding and mechanised thread sewing in the 1960's which still form the backbone of its business today, though with slightly different machinery of course!

However, the new parent plc had little interest in stationery and even less in bookbinding so when they took the decision to close the manufacturing of educational stationery the management of Allsopps began to search for a way to secure the future of the business and give them an opportunity to progress the business under independent ownership.

And so begins the modern era of the company. Purchased out of the plc by the management backed by 3i in 1980, and to date the only time that Allsopps name has made the front, or any other page, of the Financial Times. The business changed rapidly over the next few years selling off the educational stationery machines and upgrading the perfect binding and sewing capacity with high speed in line binders.Allsopp F F & Co Ltd is located in the Ilkeston area of Derbyshire. There are at least 20 other listings in the DE7 postcode area. Printers in Derbyshire DE7Number of Employees: 11-50 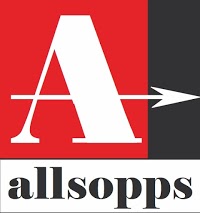 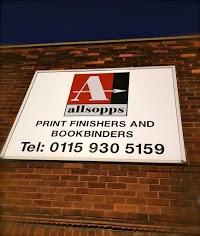 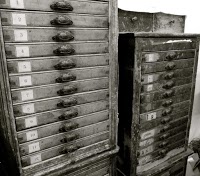 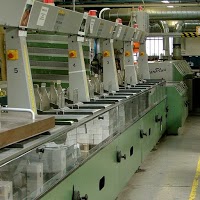 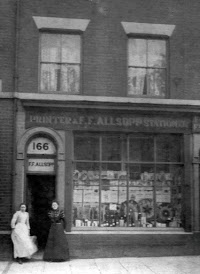 Other Printer Companies In The DE7 Area